How does one pray… in Spanish? 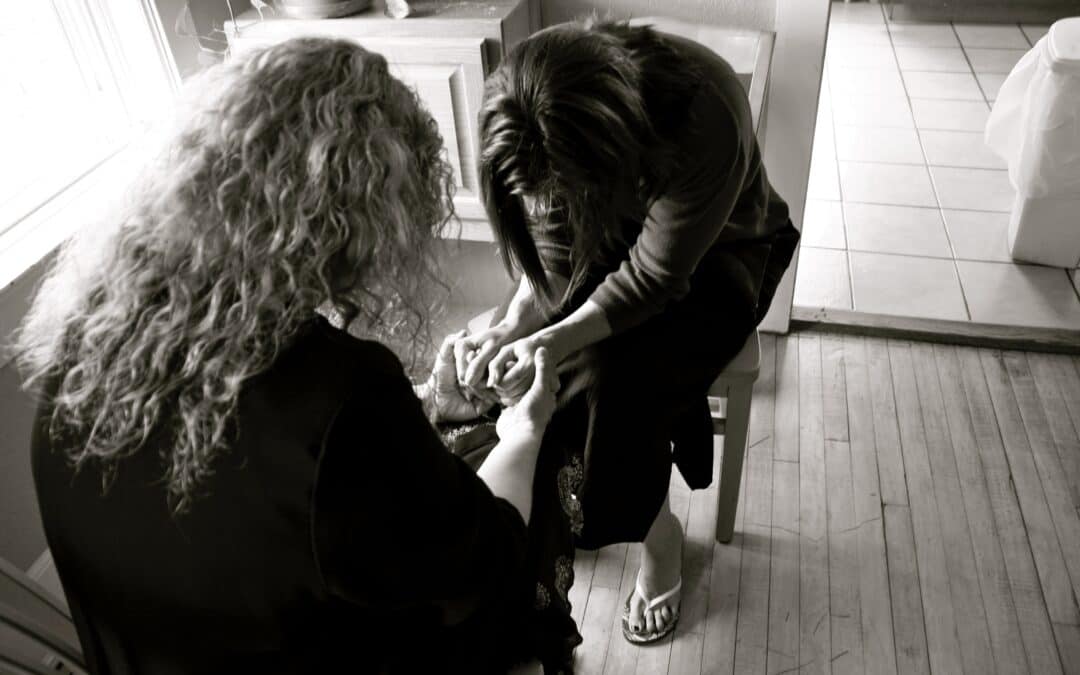 “For Christ did not send me to baptize but to preach the gospel, and not with words of eloquent wisdom, lest the cross of Christ be emptied of its power.”

During college, I was introduced to the world of global missions, in that I would gather together weekly with a small group of students to pray for missionaries and read their updates. I loved praying for missionaries – we would submit a prayer and then see how God would act. It was humbling to see that while many circumstances are out of our control and far beyond our geographical reach, all things are fully within God’s control. We would see Him act powerfully in places like Ethiopia and Spain, all for His glory and not our own. Yet, He graciously still offers the opportunity for us to partner with Him through prayer.

Fast forward 4 years to SMI Philly 2022, where we are knocking on the doors of Kensington in 90-degree heat. Our director, Holly, kindly asked me to pray for the household to end a health screening visit after we had received prayer requests from the household of four. I had helped conduct the entire visit in Spanish thus far, serving as a translator, and was gaining confidence in my medical and conversational Spanish. For some reason though, when it came to prayer, I froze at that moment and timidly asked if I could just pray in English for the group. The mom of the household was kind and gracious, saying that it didn’t matter to her and that “Dios entiende todo” (God understands all). We prayed for the family and then said our goodbyes, offering to connect them to the local church.

As we walked out of the house and back into the heated streets, however, I still felt unsettled about my response. I know that prayer is powerful – why was I so reluctant to try to pray in Spanish, even if it was rudimentary? My mind came up with various excuses: well, “Christianese” is a bit of a language in itself, so I wouldn’t necessarily have the vocabulary needed to lift up their specific prayer concerns. Also, how would I address God – in the informal “Tú” or the more formal “Ud.”? What would be the appropriate conjugations – could I use the command verb form to tell God to “provide protection for their 10-year-old daughter in the Kensington streets” or should I be phrasing it as a more submissive question? Would anybody judge my Spanish, or not want me to translate in the future? All these thoughts and more flooded into my head when contemplating praying in Spanish, which ultimately distracted me from having a prayerful spirit, even while I was praying in English!

Romans 8:26 says that we pray through groans too deep for words, trusting that the Spirit can translate our hearts to God. When I eventually did try to pray in Spanish during a later health screen, I found myself so dissatisfied with my constrained and stilted speech. Suddenly, I realized that I had gotten into a habit of praying for my own ears rather than for God’s – consequently, I had fallen into the trap of performance-oriented prayer, rather than truly believing and relying on Romans 8:26.

God truly doesn’t care if I am eloquent in my words; in fact, it’s His preference that I am not (1 Cor 1:17). God doesn’t want me to be like the self-sufficient Pharisee who prays aloud in the streets for the approval of man rather than the approval of God (Luke 18:10-14). He simply and graciously wants me to partner with him in prayer, and then see what He can perfectly do through my imperfect prayers. There’s nothing I can say (or groan) that God cannot understand or translate, and it surely did not depend on my words to deliver that family from their trials and anxieties.

Isn’t the very purpose of prayer to demonstrate dependence upon God? I had gotten too caught up in myself to use prayer as the lifeline that it is! Leaving SMI, my hope is to approach prayer in the manner of 1 Corinthians 2:5: “so that your faith would not rest on the wisdom of mankind, but on the power of God.”