Better than I Expected 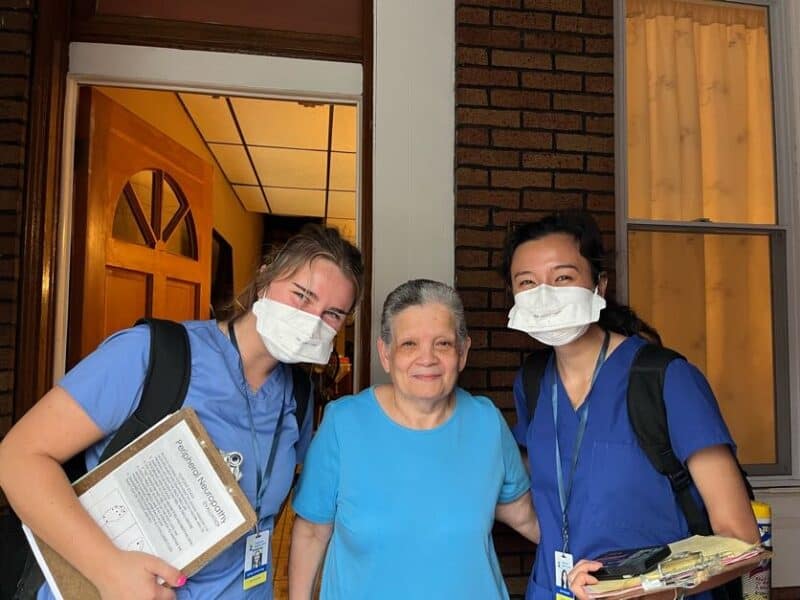 Hey everyone! My name is Ashley and I am in nursing school in Birmingham! Coming into SMI, I had no idea what to expect. Being from out of town, I assumed everyone would already know each other and I would be the outsider. I assumed Kensington would be a super rough neighborhood and it would be hard to do health screenings on people. I assumed I would be so tired by the end of the first week I wouldn’t be able to put my whole heart into my work.

And wow, was I wrong about every single one of these things.

These people, who I had only known for two weeks, were some of the most accepting and loving individuals I have ever met. Their joy, which I KNOW is from the Lord, constantly encourages me and helps me to be more joyful!

As for the neighborhoods, they are dangerous. They are rough. But I was so amazed at the sense of community. Neighbors look out for each other. Everyone is SO receptive to the things we had to say, and there was no hesitation to invite us into their homes. Every day we would walk past houses we had already screened and were greeted by smiles and waves. And when we prayed in those houses, I felt like God was truly there.

I was tired by the end of the first week. But my greatest encouragement was from the Lord. Every single day I was reminded that the work we were doing in Kensington was not for me and my glory, but for His. God gave me the heart and passion to come to Philly to serve these people, and he gave me the energy I needed to continue. Nothing that I did, or will do, is from my own strength. Throughout the few weeks of SMI, I learned what my purpose is as a child of God, and I will carry this servant mindset with me as I leave Philly.